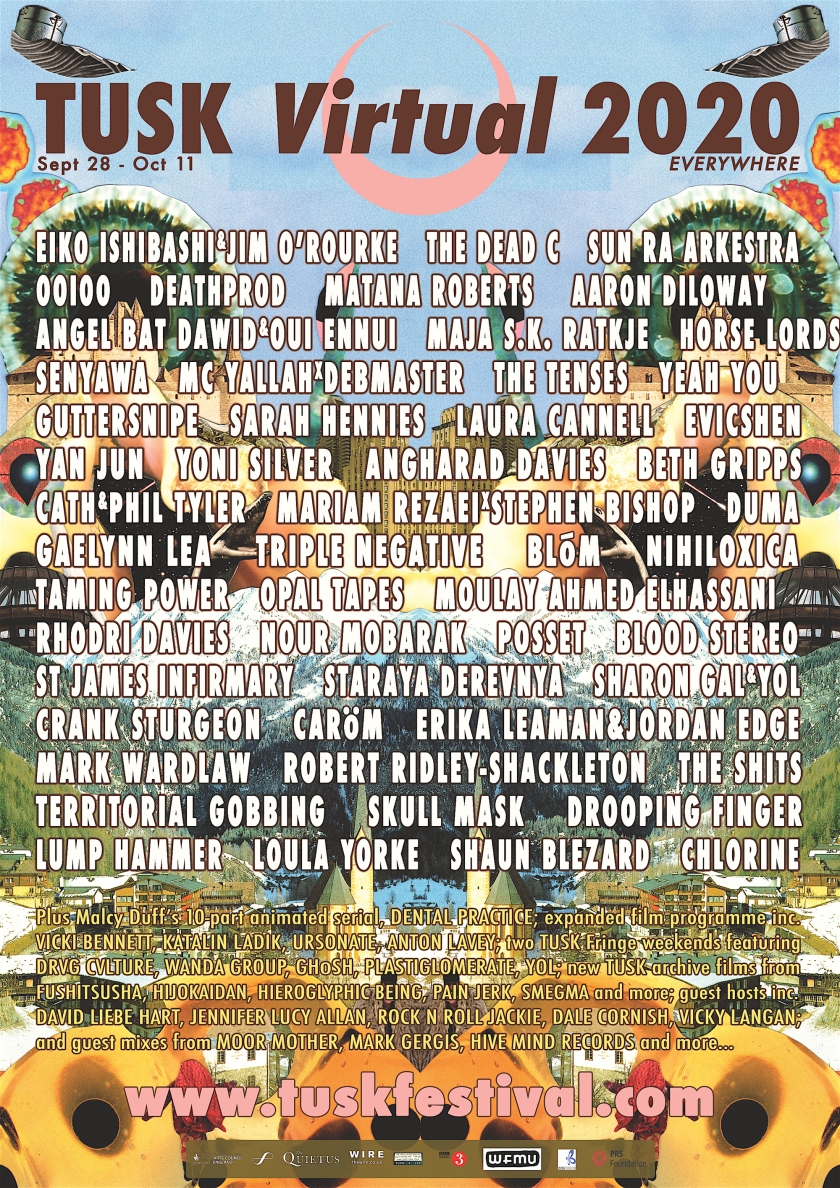 The internationally renowned TUSK Festival returns to celebrate its 10th edition this October. Having already announced its plans for its expected live edition over 3 days in October at partner organisation Sage Gateshead, the TUSK team’s plans were overtaken by events and the global pandemic, rendering their initial intentions unfeasible. So, with aspirations adapted to the new reality and years of live streaming and digital programming experience behind them, TUSK, still working in partnership with Sage Gateshead, are now delighted to announce TUSK Virtual 2020 – a two-week online version of the festival that falls somewhere between a virtual version of one of the most adventurous music festivals on the planet and the most raucous rollercoaster of an avant garde TV station you could ever imagine.

Across two weeks of programming, TUSK Virtual’s uniquely diverse menu of adventurous music has grown even more expansive, normal rules of festival production abandoned by the plague and a whole host of often unreachable international artists now able to join the programme via web connections. Tusk Virtual will also feature an enhanced version of the renowned film programme with nightly midnight movie selections and expanded weekend film feasts, plus talks and discussions from people across the global adventurous music community, guest DJ mixes, a selection of gems from the vast TUSK archive and all held together by our team of guest presenters that includes David Liebe Hart (Tim And Eric Awesome Show Great Job!), Rock N Roll Jackie Stewart from Oregon’s seminal Smegma and the ‘cardboard Prince’ himself, Robert Ridley-Shackleton.

I will be adding a 23-minute timed sound and video performance into the mix on Saturday 10th October 2020.

You can find the full line up here